SCOTT realizes and stands for “No Shortcuts”! Because SCOTT has set itself the goal of providing athletes with innovative equipment to push the envelope and to push their personal limits. The brand SCOTT, born in Sun Valley, Idaho in 1958, is characterized by the believe in personal ambition, passion and self-discipline as well as innovation, technology and design. According to the motto “design, renew and improve” and with a tireless spirit of innovation, SCOTT is constantly striving to improve their products in the fields of mountain- and road-biking, winter sports and (trail-)running. Since SCOTT introduced the first and revolutionary aluminum ski pole in 1958, the American brand is always trying to up the ante and to get as close to perfection as possible with their versatile and wide-ranging products in winter-, outdoor- and bikesports, thus SCOTT is giving athletes the opportunity to enjoy their adventures and experiences consistently and uncompromisingly. No Shortcuts! » Learn more about Scott


The beginnings of Scott: From the first aluminum ski pole to motocross

It all began with a ski pole. In 1958 the company's founder Ed Scott, living in Idaho, USA, developed the first aluminum ski pole. According to the company’s history it immediately replaced all existing materials such as bamboo and steel and the “Scott” brand was born. During their first years the company focused on producing ski equipment, but with the invention of the first motocross goggles in 1979 Scott entered the motor sports business. The following year, Scott introduced the first ski goggles with foam ventilation.


The triathlon handlebar - a Scott invention

At the end of the 1970s Scott opened its European headquarters in Fribourg, Switzerland. In 1986 the next revolutionary development followed: Scott presented its first mountain bike. Even more important for professional cycling was the invention of the aerodynamic handlebars in 1989. The new “Scott handlebar” helped American cyclist Greg Lemond win the Tour the France in one of the closest victories in the competitions history. The aerodynamic Scott handlebar, known as "triathlon handlebar" is now mandatory in time trial and is widely used in triathlon today. 1991 Scott developed the first suspension fork called “Unishock” and a year later presented the first full-suspension mountain bike to the public. 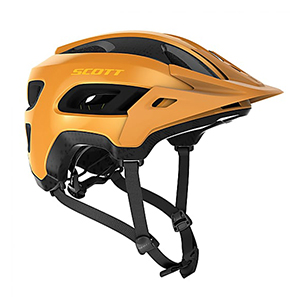 The product range of Scott

Scott started as a company developing innovative skiing equipment. Therefore Scott still has an extensive range of skiing products. Besides skis, ski boots and ski poles Scott offers a wide range of protective equipment, goggles and ski wear. Besides skiing Scott produces equipment for runners, such as running shoes and clothing. Moreover since the 1970ies Scott has been a successful producer of goggles and clothing for motorsport and offers both on-road and off-road equipment.

A main focus of the company is cycling. Scott is known as a manufacturer of high-quality and sporty mountain bikes and racing bikes, but today the company has also added city bikes and e-bikes to its range. The Scott brand is especially known for functional bike clothes and cycling equipment. Scott offers jerseys, cycling vests, cycling jackets, cycling tights and cycling shorts for a variety of uses - whether for the casual rider, sportive bike racers or mountain bikers. Scott is also an expert in bike equipment. Bike shoes for every application area, bicycle helmets, bicycle goggles and protectors are a central part of Scott's product range.


Staying save - with Scott protective equipment

Scott has a long history of producing safety equipment for biking as well as winter sports. Scott protectors set standards in terms of comfort and breathability and are always manufactured to the exact need and sportive ambition of its wearer. Whether downhill, freeride or skiing, Scott has the right protectors for each sport on offer. Just as important as the right protectors is the right helmet. In this area Scott is a renowned expert. Scott helmets are available for all application areas - no matter whether you are looking for an allrounder for your bike trip to work, a sportive ski helmet or a highly specialized triathlon helmet for your next competition - with Scott everyone will find the right helmet.

* Please note our information about shipping and shipping times to international destinations.